My daughter is just finishing up her homeschooling projects, so I haven’t yet presented her summer book bucket. Meanwhile, my Writing Workshop students have asked for summer reading recommendations.  So here you are:

I fell in love with this book.  I listened to the audio version which was fantastic.  This story has heart, humor, and wit. It is the kind of book you want to talk to someone about after reading.  The story is told in multiple perspectives–from the main character, August, a fifth grader, his classmates, and  his sister in tenth grade.  So there is a wide range of interest here. Auggie has struggled all his life with a facial deformity which prevented him from attending school.  When he begins Beecher Prep, he hopes to be treated like a normal kid and to make friends. The story deals with friendship, bullying, empathy, teachers, and how a family copes with adversity and illness.  The author called her debut book, “a mediation in kindness”. I’d recommend it for both girl and boys ages 10-14, but adults will love it, too.  Wonder has been on many top ten lists this year. Don’t miss it. 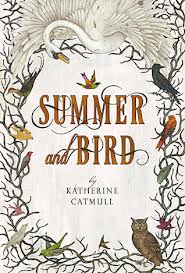 A beautifully written fairy-tale about two sisters, Summer and Bird, who awake one morning to find their parents missing. They embark on a mysterious quest through a forest to find them.  The girls are then pulled into a fantastical bird world called Down, where birds speak and connect with humans.  The sisters alternate chapters in telling the story.  This is a great book for girls who enjoy fantasy, nature, and relationship stories. It has emotional intensity and dangerous situations. Ages 12 and up. 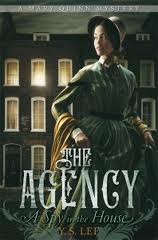 It is the 1850‘s London and twelve-year-old Mary Quinn is sentenced to hang for stealing. In the nick of time, she is secretly rescued by a member of the covert spy group called The Agency.  Working under the guise of Miss Scrimshaw’s Academy for Girls, the all female agency trains young females to be spies. Mary’s first assignment is to disguise herself as a lady’s companion and infiltrate a rich merachant’s home in order to uncover the mystery of some disappearing cargo ships. This is a great book for more sophisticated readers who enjoy historical fiction with romance and suspense. The lush details will transport you back to Victorian-era London.  Recommended for ages 12-18.

This Printz Honor book has made a number of top ten lists. It will keep you hooked to the very end. After surviving a plane crash, “Verity”, a young female spy, is captured in  Nazi-occupied France. In exchange for a lesser form a torture and a stay of execution, Verity agrees to write her confessions about her espionage work. We learn the story of how she crossed paths with Maddie, the young pilot of the plane and why Verity abandoned her after the crash. Will trading secrets with the enemy save Verity’s life? This multi-layered adventure story is quite a grown-up one, so I recommend it for 14 to adult.

Twelve-year-old Foster dreams of growing up to become a celebrity chef despite her reading disability. Set in a rural town of West Virginia, where Foster and her mother move to escape an abusive boyfriend, the story is full of odd and memorable characters. You’ll fall in love with Foster, the narrator, with her big heart and pillowcase full of secrets. Can the quirky townsfolk of tiny Culpepper help Foster realize her delicious dreams?  Ages 10 and up.

The Great Wall of Lucy Wu

Lucy Wu is a sixth-grade girl with a strong will and great ambition. This girl has plans for her future which include becoming a basketball player  and an interior decorator. Alas, everything seems to get in the way, from having to share her room with Yi Po, her grandmother’s sister, to dealing with the school bully. Then there is the dreaded Chinese school her parents force her to attend. Lucy will make you laugh as she navigates her bi-cultural life with flair. Ages 9-12. 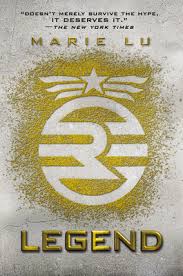 What would a summer reading list be with out a dystopian thriller? Seems like some young readers can’t get enough.  If that’s the case, Legend, first in a trilogy set in futuristic Los Angeles, should satisfy.  It’s a roller coaster ride that doesn’t stop. Though predictable and familiar at many points, it has emotion and compelling characters. The story alternates between fifteen-year-old June, a prodigy from the wealthy district, and fifteen-year-old Day, a wanted criminal born into the slums. This highly-visual book seems destined for the big screen. For boys and girls ages 12 and up.

Has your child you enjoyed any of these titles? What are you reading this summer?